Miracle in the Mirror

I love to read all kinds of books. I've been meaning to read The Help, but haven't fit it in yet. But one small book has impacted my life greatly. I first read it several years ago, Recently, I was thinking about the story and found the book again.  The name of the book is Miracle in the Mirror by Mark Buntain. 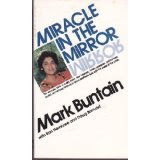 It it the story of a woman named Nita Edwards. She was a young, athletic college student in India. She sustained an injury when she fell down a flight of stairs at the school. At first, she thought she had just suffered a bad sprain. But when the pain grew worse and numbness began creeping up her legs, she was put in the hospital. Daily, her condition began to worsen. She describes in such  heartbreaking detail how she endured the systems of her body giving way to the climbing paralysis and how she was treated with such indifference by her doctor. He would bring other staff in to demonstrate how her condition had worsened by pricking her feet repeatedly with a pin, leaving her feet bleeding on the sheets. The paralysis continued its upward course, causing her to become almost blind and affecting her ability to swallow.

Unbeknownst to her, God directed a minister to come and visit her. Years before this man had been given a vision of eight faces that would touch Asia with the gospel. He had seen seven of the faces, but had not yet seen the eighth. It was sometime after he met Nita that he walked out to the hospital parking lot and glanced back up at her room. A mirror had been placed in her room so that she could see visitors arriving and leaving. When he saw her reflection, the realization suddenly hit him that she was the eighth face that God had shown him years before. His response to this revelation was comical as he told God, " How can she be a part of the Asian revival? She doesn't accept anything on faith! She analyzes everything!" But God told him again, "She is the eighth face!"

In the meantime, Nita was consumed with a sudden yearning for God's Word. She could barely see anymore, but the nurse would position her Bible so that she could read bits and pieces at a time. She went through all the normal emotions of anger, denial, and questioning God. But at this time, she said it was as if her spiritual pipeline had cleared and she had wide open communication with God.  Meanwhile, her physical body continued to shut down. Her fingers begin to curl back as her muscles atrophied. Her mother sat beside her bed, no longer praying for her to get well, but praying that God would take her daughter to be with Him. Nita described herself as becoming a living corpse.

That seems that this would be the end of the story. But it's just the beginning of a story with an unbelievable ending. Only God could think up something this dramatic! I will give you a hint of how the story ends below.

My daughter and I recently read this book together. If you are looking for an inspiring story, I encourage you to get a copy of this book. (I found a copy on Amazon for a little over $2). If you've read a good book lately, I'd love to hear from you.

Please leave me a comment! Posted By Kathy Olson at 6:12 AM

Email ThisBlogThis!Share to TwitterShare to FacebookShare to Pinterest
Labels: miracles