If You've Ever Felt That God Has Let You Down

I'd like to tell you that I've always believed that God knew what He was doing. There have been times when I've honestly questioned God's decisions.

I recently watched a documentary about the Titanic. A man was talking about the retrieval of items from the ship. He said that most of the items had a very bad odor because of being in the mud and muck for so many years. But one day they opened a leather satchel in the room and the most beautiful fragrance came out and filled the room. It came from a tiny vial of perfume inside the case. As he shared about this, he began to cry (and so did I). He said, "We were always dealing with death from the Titanic, but for this one moment she was alive again." That story could be used in so many ways when dealing with grief and pain in our lives. If we are willing to lay our broken and shattered dreams before Him, with no satisfying explanation as to the why of it all, He can bring forth beauty from our ashes.


Twenty years ago (it is so hard to believe that it has been this long ago) we were expecting twins. It was such an exciting time as there are no twins on either side of our families. Somehow we knew it would be a boy and a girl. I can still remember the plans I made about their impending arrival. I could see in my imagination, a little boy and girl hand in hand toddling down the sidewalk of Teen Challenge. Whenever I thought about them, this was the image that would be in my mind each time.

But it was not to be. The twins arrived several weeks prematurely. Alex weighed 2 lbs. and Elisa weighed 3 lbs. I remember the first time I looked at them. Elisa seemed to look good and even had a little baby fat on her cheeks. But when I saw Alex, I burst into tears. He looked so tiny and sickly. There was really nothing we could do at that time, but pray and trust God for their futures.

We didn't learn until later that both Alex and Elisa had cerebral palsy. I had been noticing developmental delays in both children for some time, but hoped that it was just due to their prematurity. But an MRI was ordered and the neurologist gave us the bad news. She didn't know what the future would hold for them.  Dave and I left her office in a state of shock.

I was trying to cope as best I could with the news. But the heartbreak was almost unbearable at times. My constant dream of Alex and Elisa walking hand in hand down the sidewalk was quickly fading. The death of that dream was particularly hard.

I asked God "Why?" many times, but didn't seem to get an answer. Sometimes, I felt like He was standing and beckoning for me to walk down some unknown road with Him, but to be honest,  I wasn't too interested in following at the time. 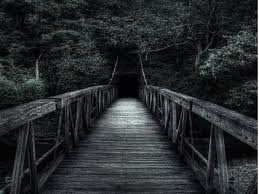 Sometime later, I found out that another couple we knew were expecting twins. I remember being angry with God about this. My thoughts were, "Why are You allowing them to have healthy twins but You didn't let us experience that?" I truly didn't want them to go through what we were going through. I wanted them to have healthy children, but my heart was so hurt. God had truly hurt me, I felt. I remember thinking, "If this is how You treat Your friends, then how would You treat Your enemies?"

And yet, where do you go if you can't go to God? He was my dearest friend. I really didn't want to be separated from Him at all. He was really the only one that understood what I was feeling. If you think about your closest friend, what comes to mind? Usually, you are close because of all the experiences you have shared together - good times and especially bad times. That is what has made you close. Somehow and slowly, a decision was made once again in my heart that God hadn't changed. He was still kind and good. It may forever remain a mystery as to the why of our situation, but He remains faithful to the end. Many times over the years, I have sensed His nearness to me. The Bible says that He is close to the brokenhearted. I know that to be very true. When Alex suddenly went to be with the Lord at the age of four, I knew that God was covering me and blanketing me with His comfort.

I read a line out of a book in Dave's library once. It was either a book by A.W. Tozer or someone similiar. I think I must have been very bored that day and looking for something to read. But a line from the book caught my attention and I have thought of it many times since. It said something about "the altogether otherness of God". He isn't just like me, He is altogether other from me. I took it to mean that His ways and workings are vastly different from mine. Someday, I will look at Him and He will look at me, and I will understand. I will totally understand.

Of course, that doesn't mean that it's been all sunshine and roses. To this day, I still cry. Especially when I see a girl Elisa's age experiencing all the milestones such as getting a driver's license, shopping for clothes and makeup and making plans for their futures. It is terribly unfair. It isn't the way things were supposed to be. Do I believe that God can heal Elisa? Yes, I do. Will she be healed? I just don't know. Can I reconcile that with the belief that God is kind and loving? Somehow, yes. But only because I know Him. I know what He is like. I know His character and His dealings with me. He rescued me. He has loved me totally and completely and longs to love you in the same way.


Our human feelings are so fickle and really can't be trusted. I'm learning still to tell my feelings to settle down and get out of my way. I can act independently of how I am feeling in a moment of time. No, I don't always like doing that. And I still wrestle with thoughts such as, "God, are You there? Have you forgotten us?" That way of thinking is very much a slippery slope for me and before I know it, I can be in deep despair. It does take an effort on my part, to turn what I am thinking around.

The best advice I could ever give to anyone reading this who may be going through a dark and lonely time, is this. Don't try and live several years from now. You don't know what the future holds. The future may be quite different from what you are envisioning it to be. There will be happiness in your future. Live today and then tomorrow and don't try and live ahead of that. God gives us the grace we need daily. He is there with you, even if it doesn't seem like He is. He is in constant watch over you and will never leave your side.

I've learned that even in the midst of hard times, you can still find joy. I try and never take anything for granted. I stop and watch sunsets and point them out to my kids. I want them to notice beauty in everyday life. I hope their lives are full of peace, but I also want them to know that even if they are experiencing turmoil, God is a very present help in time of trouble. I know that at times, all the signs point to the feeling of God having let us down in some way. He is silent when we wish He would speak. Or He does things that baffle us and our whole being cries out, "But I wouldn't do it like that!" Somehow through all the confusion and weariness of the battle, He is standing and beckoning to you and to me to follow. I know the feeling of taking a peek at the road He is standing on while He is looking at you. It doesn't look like a road we would pick for ourselves. It dips down out of sight and we who like to know exactly what each day holds, draw back in fear. But He smiles so warmly and picks us up, and holds us tight, because this journey is never one He asks you to go alone.


Linking up to:  kellyskornerblog.com
Please leave me a comment! Posted By Kathy Olson at 2:56 PM 5 comments: