I had wanted to visit New York City for several years ...so, would you believe that I was just there last month for our second trip?!! It's incredible to see a dream come true.

This was an even sweeter trip than last year. On my first trip in October 2014, my husband took me to NYC for our 25th anniversary. But this time, we brought along our 18 year old daughter for a special high school graduation trip.

We arrived on a Monday afternoon and checked into our hotel. We stayed at The Belvedere in Manhattan, just a few blocks from Times Square. We would recommend that hotel if ever you are looking for a place to stay. It was clean, which if you know me at all, is HIGH on my list! The location was great, too, as it was within walking distance of Rockefeller Center and Radio City Music Hall.

Our first afternoon, we walked to Rockefeller Center to see the Christmas tree (yippee!!), walked on to Grand Central Station to eat at Shake Shack, and then did a little more sightseeing on into the night.

The next few days we squeezed in as much sightseeing as we could. On Tuesday night, we had tickets to Aladdin. It's such a great show and our daughter loved it as much as we did.

Afterwards, it was raining and we walked to a place we found on the internet called Capezzi's. It was located in Hell's Kitchen and was the cutest little place. The pizza was fresh and so delicious. We pretty much inhaled it.

Our daughter was so excited to see Central Park. When we arrived there, I suggested walking into The Plaza Hotel first.  I really wanted to see the inside. I kind of wondered if the doorman would just look at us and tell us that we couldn't go in. But I had nothing to worry about. It was a beautiful place. We walked around the lobby and headed downstairs where there are bakeries and shops. As we were leaving, I noticed they were serving a formal tea to a family at their table. I would love to do that next time, but we decided to go on across the street to Central Park.

I had wondered if we had arrived too late in the season to see any fall colors (this was early November), but the park was beautiful with orange and yellow leaves everywhere. 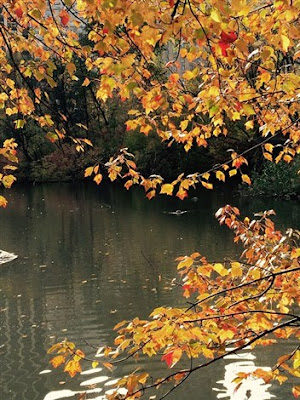 A very sweet lady at our church had slipped me a $50 bill before we left and had told me to spend it on something special in New York.  When I saw the horse drawn carriage rides through Central Park, I knew that was where the $50 should go:) 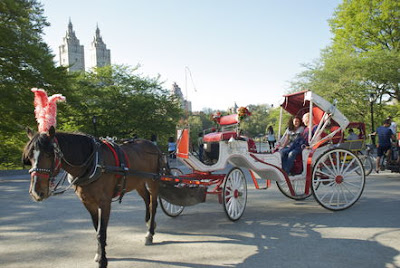 After spending a few hours in Central Park, we walked across the street to the upper West side to a few movie locations we had found on our previous visit. You know, you really can find just about anything on the internet. My daughter and I love the movie, You've Got Mail, so we had a map of locations with us. My husband and I had walked to a few of them on our last trip (he is a great husband because he could really care less about seeing those places), but this time we walked on even further until we found the location from the last scene of the movie. I know, some of you are probably wondering why we would even do this, but my daughter and I had so much fun seeing all the locations. I just can't explain it. If you've ever loved a movie, then you might know what I mean.

My daughter also had heard of a bakery that she hoped we could visit. We found it on our walk back. The cookies were huge and so good!

(We also visited Magnolia Bakery for their banana pudding and Milk Bar on Columbus Avenue on our trip.) 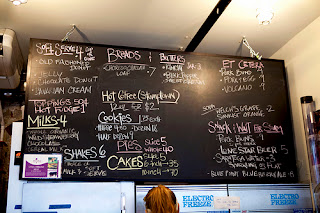 On Thursday, we took a taxi to Serendipity for their frozen hot chocolate. It was as wonderful as it looks!

We walked all over that beautiful city, took buses a few times, taxis a few times, and Uber rides a few times. We found the people to be very friendly. But it also helps that my husband can become best friends with people in five minutes. The Uber drivers and my husband would talk and talk. They would end up telling him their life stories while my daughter and I would just look at each other and smile. He is just like that. 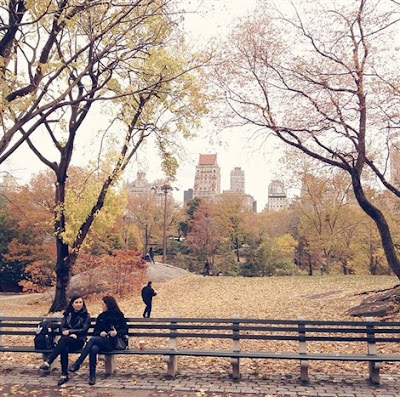 On our last day, Friday, my husband and daughter went to the top of the Empire State Building while I stayed safe on the ground at Macys. I shopped for some Christmas ornaments and found these two. 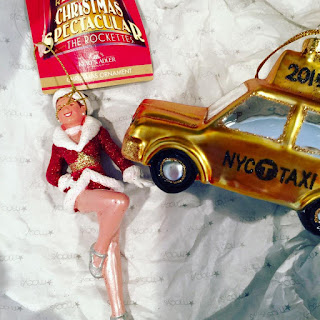 We ended our trip on Friday with our first visit to Radio City Music Hall. We had tickets to the very first Christmas show of the season. Our flight also left Friday night, but we had time to take in one more show. It was a special experience for all of us. If I lived there, I would go to that show every year. It was really everything you would hope a New York show to be. 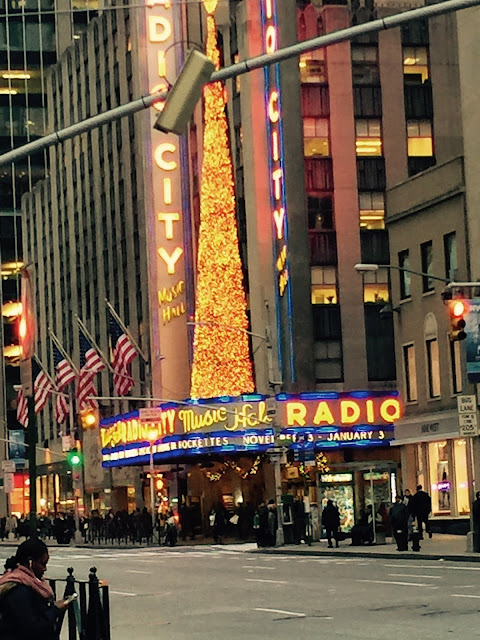 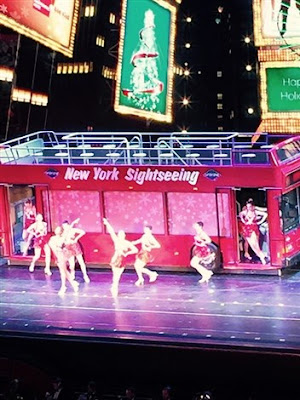 Then it was time to pick up our suitcases and take our last Uber trip to the airport. You guessed it. The driver and my husband never ran out of things to talk about.

We made it home around midnight. My daughter says that it seems like it was a dream. It's still hard to believe that we went! We would get up every morning and hit it hard. We never got back until it was dark outside. Even after being there Monday through Friday, there are still things we didn't get to see! I saw the Statue of Liberty from a distance, but next time I want to actually go out and see her up close and visit Ellis Island.

I'm so thankful that we were able to take our daughter. I hope to go back again someday. If  I were rich, I would take all eight of us. I would love for all my kids to see it. This is when it can work against you to have a large family. ha!

I loved New York City. I'm so thankful that I've been able to go. It was as wonderful and magical as I remembered it to be! 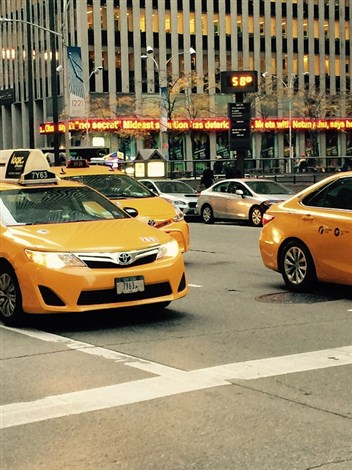 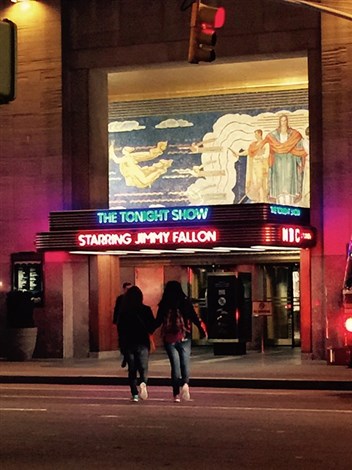 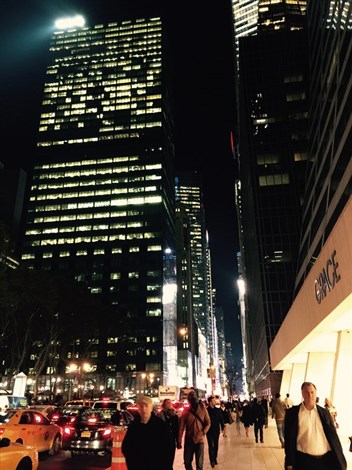 Please leave me a comment! Posted By Kathy Olson at 8:46 PM