If Your Dreams Have Shattered 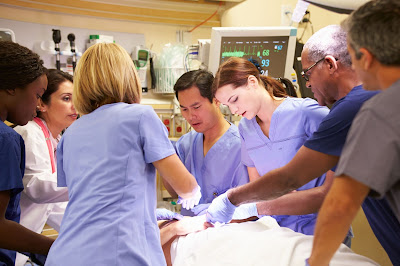 When soon to be parents say these words, my heart stops a little.

I know what they mean, of course. I probably uttered those words myself once upon a time. I'm sure I did.

But what if they aren't healthy?

When I was pregnant with twins, I was the most shocked pregnant woman you would ever wish to meet. There were no twins on my side or my husband's. We already had a beautiful little boy, healthy and happy. Suddenly, I was pregnant and so sick again with severe morning sickness. Then at a routine ultrasound, we learned that I was having twins. I came home in a dazed state. Was it really possible? Would we actually have two babies? I was thrilled at the prospect.

I've written before that during the months following, I dreamed of how it would be. I would have a little girl and boy. They would wear matching sailor suits of blue and white. Why sailor suits? I have no idea. Maybe I thought this is what twin siblings were supposed to wear. But in my mind's eye, I saw them toddling down a sidewalk, holding hands. Their backs were to me as they walked on a beautiful sunlit day.

The twins were unexpectedly born 2 1/2 months early. Their lungs could not function yet on their own. The next few weeks were a blur of caring for my little boy at home and going to the hospital to see our twins in the NICU.

It was a happy day when two months later, they were able to come home at last. Finally, I thought, we could begin our happily ever after.

A few months went by and I began to notice that they were not progressing as I thought they should be. There seemed to be developmental delays. My daughter, especially, seemed very stiff when I tried to cuddle her. They both cried almost all day long. They were not sitting up on their own. I talked with their pediatrician who assumed the delays were due to their premature birth. But I couldn't shake the feeling that something was wrong.

Some time later, a neurologist did an MRI and the results came back - cerebral palsy. The brain damage looked severe. She could not tell us if they would ever walk or even talk.

Then one of our twins, Alex, began having episodes where he would suddenly stop breathing. The first time it happened, I was giving him a small bottle of apple juice. He was drinking when he coughed and turned a dusky blue and became limp in my arms. I felt like I was moving in slow motion. An ambulance came and he was taken to the ER. We hoped that this was just an isolated incident, but in fact, this would happen again and again. He was diagnosed with an additional diagnosis of tracheomalacia which meant that his trachea would suddenly collapse, making it impossible to breathe.

My world suddenly became very small. I wanted to enjoy their childhood and enjoy our days. But fear and exhaustion were constant companions. Every single day was filled with fear. A day could start out normally, but end up back in an emergency room. There were times that he almost died, but somehow would pull through. I think it was hard for other people to understand what our daily life had become. It sometimes seemed we were living hour by hour. There just isn't a way to convey the stress that we were under.

I wondered where God was. I was so very tired. There seemed to be no end to the circumstances we were now in. I stood in hospital rooms and looked out the window. I craved ordinary days doing ordinary things. I wanted to be standing in my home doing the dishes and watching my children playing with no threat of illness or death.

One evening when we were all home, there was a knock at our door. A young couple, who also worked at the same ministry, stood on our porch. They came to tell us that they were pregnant and were having twins. I managed to congratulate them. I must have said all the regular things that are said at these times. But as soon as they left and the door clicked shut behind them, I had a conversation with God. "Are You serious? Am I supposed to watch someone else have twins - normal twins that have no health problems? Their twins will be able to walk and run and do all the things my children cannot do. Please, God, it's too much." I was happy for this couple. I would not wish health problems on anyone's children. But now, I not only felt that God had abandoned me, I felt he was giving my dreams to someone else. Why? I didn't know. I couldn't make sense of anything.

Over time as I tried to give my shattered dreams to God, He was able to bring some sort of peace to my heart. But it was a process - a very slow going process.I would take three steps forward, then five steps back.

Are you facing a crisis in your life right now? Maybe our situations are different, but on some level, I understand. Are there dreams you have that have been shattered into a million pieces? I'm so sorry. I wish I could put it all back together for you. I wish I could just make it better. But I can, in some small way, say to you that God has not forgotten you. He can put your heart back together. You may be standing in the ashes of all your hopes, but somehow, God can bring beauty out of it all. I can say it and know it's true, because this is what He has done for me.

It certainly didn't happen overnight. And honestly, at times, I still struggle. I was at a baby shower recently and when I got back in my car, I sat and cried. Grief will sneak up on you like that. I still wonder what might have been. I can't imagine how different life could have been had our twins been born healthy.

And yet, despite all the trauma, despair, and agony of soul, God has shown His kindness to me a million times over. He has been a very real friend to me and walked with me through the darkest valleys. I think you only get to know someone, really know someone, when you go through a crisis together. Jesus and I have walked and talked and cried together. He has let me know countless times that He was there. Sometimes I was aware of this during a hard time, sometimes not. Oftentimes we aren't truly aware that He was indeed there until time has passed.

That I may know him, and the power of his resurrection, and the fellowship of his sufferings, being made conformable unto his death;

I've thought of this verse many times over the years. There is fellowship of his sufferings each time we go through the pain of not understanding why. But more and more, I want to know Him, really know Him. I was praying today and telling Him how I wished He had never had to suffer all the things that were done to Him. I wish He could have avoided it all. But I know that His answer would be, "You were worth it all." A few years ago, I would never have replied with that answer, at least in regards to myself. But now I know it's true.

This life is truly so short. We will probably never have all the answers to our whys. But maybe there is something more He wants to accomplish. Maybe He just wants you. You are better than a thousand sunrises and sunsets to Him. He is really interested in you. You matter to Him. Your life is significant. You can trust Him when there seems to be no answers.

Please leave me a comment! Posted By Kathy Olson at 5:45 PM