If you know me even slightly, you know I love a good story. I love to read, but movies are probably my favorite way to experience a story.

Over the years, there have been several movies that have left a deep impression on me. Some of these movies are funny and light hearted, and some deal with grief and pain. I like both kinds. One of these movies in particular was a way in which God spoke truth to my heart of how He looks at me. You may question that, but that's okay. God can use anything He wants to show you something - even a movie.

My five favorite movies in no particular order are:

1. Father of the Bride - starring Steve Martin. The original with Spencer Tracy and Elizabeth Taylor was good, but my favorite version is this one. Do you know the feeling you have when the sun is shining, the birds are singing, and all is right with the world? That's the feeling I have each time I watch this movie. Steve Martin, Martin Short, and Diane Keaton create something magical. I also fell in love with their house. The exteriors are a real house, of course, and the interiors are stage sets, but still...I loved that house!
The bond between a father and his only daughter getting married is shown in such a hilarious and sweet story. I've never gotten tired of watching it. I've lost count on how many times I've seen it (as my children will say with a groan). Smile. 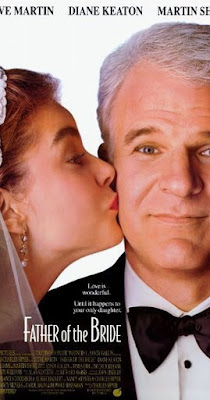 2. Little Women - starring Wynona Ryder, Susan Sarandon, and a young Christian Bale. While I love this story of the March family and the love between the four sisters, I'm also drawn in by the beautiful photography of this film. There are several opening scenes that are so visually stunning. That may be an odd thing to notice, but it's always been something I've paid attention to. Christian Bale is perfection as Laurie, but I don't think I will ever get over the fact that he and Jo don't end up together.The music is also hauntingly beautiful. (I'm listening to it right now while I'm writing this post.) 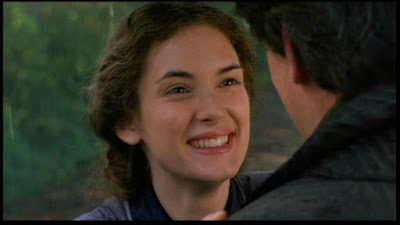 3. Home Alone - starring Macaulay Culkin  This is also another movie where, while I love the story, I may have loved the house even more. But I do love the plot and any scene with Joe Pesci is wonderful. 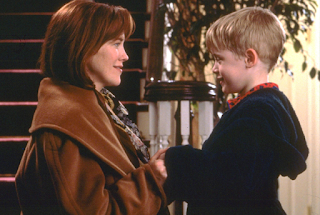 4. Signs - starring Mel Gibson. Directed by M. Night Shyamalan. I have to start out by saying that this director is so gifted. I wish I could sit down with him and hear his thoughts on directing and creating a story.
This is not a horror film, but it is a suspense film. It does have a couple of scary scenes, but not violence or gore. You may be surprised to know, if you have never seen the film, that it is really a story of faith. Mel Gibson plays a minister who suffers a loss in his faith after the death of his wife. Whenever it is on, even if I can't watch the whole movie, I will stop whatever I'm doing and watch the last five minutes. The reason is (spoiler alert here) that Mel Gibson's son almost dies from an asthma attack, but in the end, he lives. I like that happy ending. It fulfills something in my heart to watch it because, in real life, we didn't experience that happy ending with our son. For a few minutes, I feel happiness and joy that someone had a happy ending with their child, even if it is just a movie. 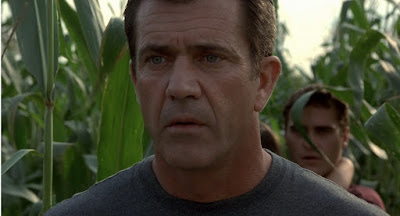 5. Slumdog Millionaire - starring Dev Patel.  I think I wrote a short blog on this movie a few years ago. Ever since that time, I have planned on writing a lengthier post about it, but haven't. Here's why. It evokes such an emotional response in me that I've kind of shied away from it. I know that I will need to sit down and watch it again, and while I love the movie, the way that God opened up His love for me through it makes me react in the same way all over again. I literally cried for days after I first watched it. I was totally engrossed in the story and had no idea that God was about to say anything to me at all. God is funny that way.
The movie takes you back from Jamal's childhood with his brother Salim and their meeting of a girl, Latika. It takes place over a several year time span where he is reunited with Latika and then loses her again. In the end, he doesn't know where she is, but comes up with a desperate plan to find her. The love that he has for her and the efforts he goes to to find her are so moving. God suddenly and clearly spoke some very personal things to me near the end of the movie. 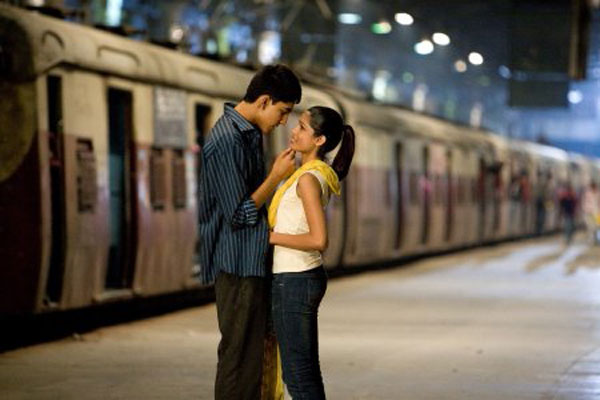 Another movie worth mentioning is the recent movie, Lion, also starring Dev Patel. It is based on a true story and it really touched my heart. It's a pretty intense, emotional movie. 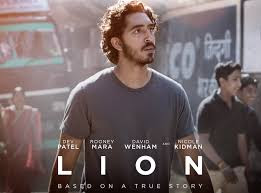 I've also enjoyed two other movies recently- The Intern with Robert DeNiro and Anne Hathaway (not a family movie) and Joy with Jennifer Lawrence. If someone had told me I would love a movie about a lady named Joy that created a mop, I would have laughed. But it is such a masterfully told story with so many interesting characters. I loved it.

There you go! If you wanted to know a little about me (you can tell a lot about a person by their tastes in movies) or were looking for a good movie recommendation, I hope this helps. I'd love to hear some of your favorite movies, too. We have a daughter with CP and is wheelchair bound,and watching a movie is about the only thing we can do as a whole family.

Much love to each of you! Happy, happy April!