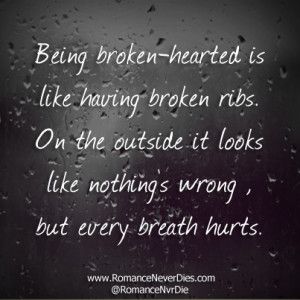 I remember back when I received the news that we were going to have twins. I had one little baby and now was pregnant with two! I was very stunned and excited. No one on either side of our families had twins.  I just knew how it was all going to be.

I would often sit and dream of a little boy and girl toddling down the sidewalk. She would be wearing a little sailor dress and he would be wearing a matching sailor suit. I can't even tell you why I had them wearing those outfits in my mind's eye except that I must have thought that is what twins would wear:) But I could see them clearly. Even now, I can recall that scene with such clarity. I can see them walking with a background of a beautiful sunny blue sky. Their backs are facing me. They are hand in hand.

And that is why I wanted to speak to any of you who are dealing with deep, heart wrenching, disappointment.

When our twins ( a boy and a girl) were born 10 weeks prematurely, they stayed in the hospital for several weeks in the neonatal unit. There were a lot of setbacks as they struggled to breathe on their own. But the day finally came when they were both at home. Now, I thought, our lives with three healthy children could begin.

As time went on, I began to notice things. They were not meeting their developmental milestones. When I went to pick up my daughter to snuggle her, she would become very stiff in my arms. Both babies cried almost non-stop throughout the day. They didn't sit up. Crawling was delayed. Walking did not come. Fear began to crawl up my spine. Alex had an episode where he stopped breathing. What was happening?

At a neurologist's office, I heard the news that both children had cerebral palsy. In some sense, there was relief in knowing what was wrong.

There was also hope in my heart. Maybe God would heal them. Maybe their outcome wouldn't be as bleak as what the specialist was preparing us for. There was brain damage and the doctor couldn't guarantee that they would ever walk or talk or reach any of the normal milestones.

Had I done something wrong? Had I done anything to cause this?

So many thoughts began to torment me.

I tried to adjust. Our home began to be filled with occupational and physical therapists helping the kids. While I appreciated their help, I resented it, too. I just wanted to take my kids outside and watch them play. I wanted this to be over.

I prayed. I cried. I begged. I watched as things went from bad to worse. Alex began to have more episodes where he suddenly stopped breathing. It felt like time stood still as I would see Alex turn a dusky blue color. Dave would start rescue breathing as we waited for the ambulance to arrive. We stood in emergency rooms countless times as doctors worked over his body. On another occasion, he almost died as they rushed him from his room to the Pediatric Intensive Care Unit. He had suddenly taken a turn for the worse during a stay at the hospital.

Hope began to drain out of me.

One day, I was home and a young couple stopped by and told us that they were expecting twins. After they left, I stood looking at the closed door and said to God, "Really? Are you kidding me? I have to watch another couple have perfectly healthy twins? Is that what You are asking of me now?" (This is me being honest. I don't see the point in pretending I had an admirable reaction.)

I was also disappointed in God. I felt He had let me down. The trouble is, where do you go if you can't go to God?

Have you ever felt that way?

Sometimes I feel that people are uncomfortable talking about God like this. But I don't think God is uncomfortable. I think He wants us to come to Him with our deep disappointments and our despair.

It is during these times that our relationship with Him is forged.

Things did not get better. In fact, they became worse.

But God somehow took my hand and my family's hand. In fact, I think He picked us up and carried us through what lay ahead.


Please leave me a comment! Posted By Kathy Olson at 5:52 AM

Email ThisBlogThis!Share to TwitterShare to FacebookShare to Pinterest
Labels: Disappointments